In 1752, a young Robert Robinson attended an evangelical meeting to heckle the believers and make fun of the proceedings. Instead, he listened in awe to the words of the great preacher George Whitefield, and in 1755, at the age of twenty, Robinson responded to the call he felt three years earlier and became a Christian. Another three years later, when preparing a sermon for his church in Norfolk, England, he penned the words that have become one of the church’s most-loved hymns: “Come, thou fount of every blessing, tune my heart to sing thy grace.”

Using imagery of Christ as the giver of living water and the shepherd gathering his sheep back into the fold, this hymn reminds the worshipper of the ever bountiful grace of God. Like Robinson, we too are “prone to wander,” and are quick to seek redemption through our own power. But God continues to bring us back from our wandering, until, songs of praise on our lips, we dance forever before the mount of His redeeming love. 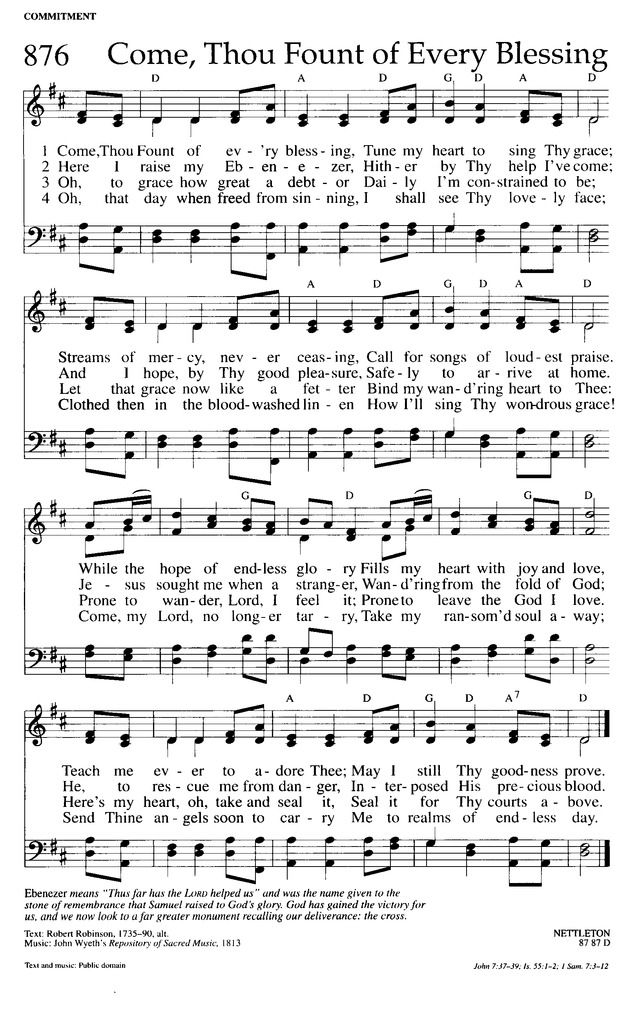 Kim Nolywaika grew up in New York and Florida before going west at twenty-five; she has been married to Manfred Nolywaika since 1989. The Nolywaikas live in a little off-grid log house somewhere south of Fairbanks, Alaska and have four grown children, one of whom currently lives in Heaven. View all posts by Kim Nolywaika

2 thoughts on “Come Thou Fount of Every Blessing”