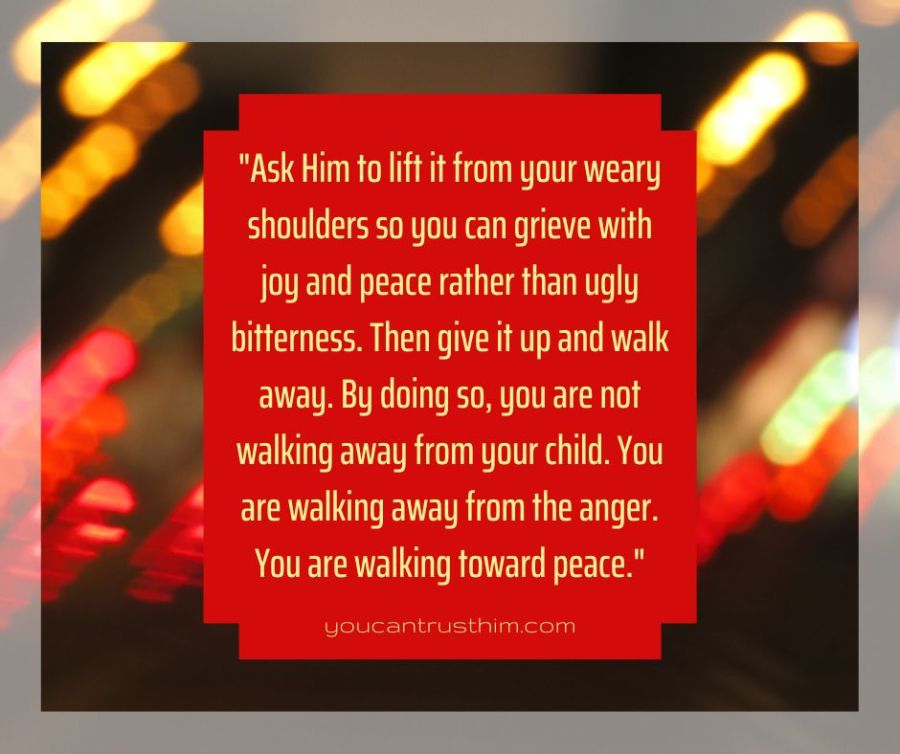 Anger. We have all experienced it. Sometimes it is a burning, churning, table-pounding rage. At other times, it is more of a low-grade infection that burrows deep into the heart. It simmers on the back burner of the mind, giving off an unpleasant aroma, occasionally boiling over and making an unsightly mess. For a variety of reasons, anger at the Almighty is not uncommon among parents dealing with child loss.

Some have lost children because of the wickedness of others. A heartbreaking number of young people, overwhelmed with pain, have ended their own life. There are children who endured years of sickness and suffering, and there are those who left us quickly with no warning. Some made terrible, irreversible mistakes and got into situations they could not get out of.

And now they are gone.

No matter how your child died, there will probably come a time when you just want it to make sense. Some are OK with waiting until eternity to see the big picture. But many want to know now what God had in mind by allowing this. Understandably, they are distraught. They are in pain; they are angry, and they are demanding to know Why?

Tragically, some decide that any answer God might come up with would simply not be good enough. In their bleeding, battered heart, they shake their fist at the sky and pronounce God’s plan unacceptable. Many are mad at Someone they do not even believe exists. Or, if He exists, He is not the kind of god they want to believe in. They feel they could do a better job of things. I’ll decide which god is right for me. I don’t need a god who lets bad things happen to me. If there must be a god, I’ll be my own god. They rage at Him because they do not know Him.

There is neither logic nor peace in grief that is encumbered with unbelief. Anger at God just makes it worse.

One does not need to look far before encountering unspeakable evil in this world, and anger is the right and natural response to it. As I write this, perversions of every sort are being perpetrated, recorded, and posted on the very internet I use to share the Good News of Jesus Christ. Young girls are being sold into slavery for the twisted pleasures of despicable men. Thievery is commonplace. Deception proliferates. Darkness seems to rule.

In our limited capacity to understand the ways of God, we think: How can God possibly redeem the brutal, vicious crimes committed daily against honest men, helpless children and defenseless women? These horrors cannot be undone. There is no conceivable good that can be expected to make up for it.

And then, we begin to accuse Him:

How could you let this happen?

What did I do to deserve this terrible loss?

Where were you, God?

I don’t think you know what you are doing, God.

This kind of anger can be annihilating. It will wreck your health, your relationships, and what is left of your broken heart. It will ferment and grow and spill out all over your life. In fact, it can crush you. Anger piled on top of grief is too heavy a burden to bear. Anger at God (or at anyone, including ourselves) makes grief much more complicated.

Anger is certainly an appropriate response to evil. However, the pain of bereavement can make us especially vulnerable to protracted or misplaced anger. I am convinced that staying too long in a place of seething outrage is counterproductive and makes the pain of child loss worse by several orders of magnitude for the grieving parent and for those around them. Unchecked anger hands the victory over to evil.

There is nothing wrong with being angry about the evil that may have been perpetrated against your child. God is angry about it, too. But we need to be careful about how and where we direct this anger.

Anger can be harnessed and transformed into a productive force for good. I have seen parents who have taken the pain of child loss and used it as an impetus for change in the world. Rather than stewing in a boiling pot of bitterness, they are reaching out, even while in the thick storm of grieving, to help others, to raise awareness, to instruct and to comfort. They start campaigns and found organizations. They establish scholarships, build parks, and teach kids to swim. Parents like this amaze me, and I salute them. Their efforts enrich the rest of us. Their loss becomes gain for the many lives they touch. Their departed child impacts the world in a beautiful and productive way, maybe even more than if they had not died.

So, what we do with this anger is key. We need to take care not to indulge in anger to the point where it festers into a simmering spirit of bitterness that permeates the soul and infects our relationships. When we demand to exercise our “right” to be angry, we feed the anger by continuing to focus on the circumstances of our loss. This makes the anger grow and spread into every area of our life. We fiercely grip our anger and, with hot, furious tears, turn our face away from God. Anger takes over. The heart turns to stone. Evil wins.

Here is good news for you: He will. God is in control and, in His perfect timing, when the last sinner has been added to His church, He will make everything right. The worst ugliness that man can dish out to man will be rectified. There will be justice. The apparent delay in no way negates the fact that God is love. He loves you and He loves your child. He loves justice and mercy because He is Justice and Mercy. No one gets away with anything, and it is sobering to consider the torment that awaits the perpetrators of these heinous acts. Unless they turn to God for forgiveness through the blood of Jesus, God’s own crucified and risen son, they will pay. Forever.

God’s justice is thorough, and it is eternal. I do not mean that God will merely make it all better. No, it will be infinitely more expansive than that. The fulfillment of His ultimate plan will be so far beyond the word “right”—well, there are no words in any language to express it.

There is relief to be had from the smothering heaviness of anger. Take it all to your Father in Heaven—all of it. Tell Him the whole rotting mess and ask Him to take it from you. Ask Him to lift it from your weary shoulders so you can grieve with joy and peace rather than ugly bitterness. Then give it up and walk away. By doing so, you are not walking away from your child. You are walking away from the anger. You are walking toward peace.

If you do not know Jesus, ask Him to reveal Himself to you. He is real, He is there, and He is able to meet you and save you right where you are.

4 thoughts on “Walking Away from Anger. Walking Toward Peace” 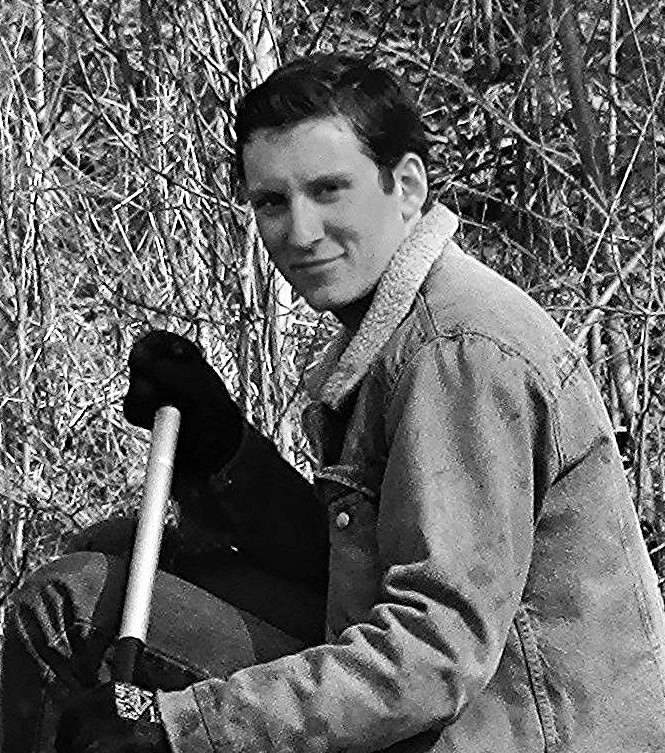