Remember them that are in bonds, as bound with them; and them which suffer adversity, as being yourselves also in the body. Hebrews 13:3

One of the neat things about blogging on the internet is that people from around the world can read what I write. For someone, such as myself, who remembers when hand-held calculators were invented, this is slightly mind-blowing.

Astonishing as this is to me, it is also sobering. I write primarily with my own culture and worldview in mind. But I am aware that this blog has readers from a great variety of backgrounds, circumstances, and nationalities – from China, Nigeria, Kenya, Zimbabwe, Ukraine, Nepal, Saudi Arabia, Israel, Kazakhstan, Pakistan, Uganda, Turkey, Iraq, and many other far-away places.

With that in mind, I want to clarify my use of the word suffering. Those of us who have lost loved ones through sickness, accident, suicide, or any number of dreadful events, experience intense grief, pain, and sorrow. We suffer.

But I want to acknowledge to readers of this blog that are living in very difficult places, that I understand the difference between suffering and Suffering. As a nation, we Americans do not often experience the kind of suffering seen in many other parts of the world. Yes, we have suffering here – a brief glance at the news or even at what may be going on inside a neighbor’s home on a daily basis will confirm that. We have had our wars, shootings, acts of terror, and natural disasters with all the terrible suffering that accompanies those events. But, when we Americans, myself included, use this word suffering, I can’t help but wonder what people beyond our borders think of us – people who live with Suffering every day.

I do not want to minimize anyone’s pain – child loss hurts. A lot. I am offering a perspective, not making comparisons. But I believe we sometimes use this word suffering too carelessly. I have referred to my own experience of losing a child as “suffering”, and so it is. But, I suffer, if I can call it that, in a snug little cabin in one of the most beautiful places on the planet. I hurt, but I do it with a full stomach, in relative peace and safety with friends, loved ones, and medical care nearby.

When I look out into the sea of humanity, I feel uncomfortably self-focused using this word suffering so freely. Yes, I suffer, but, in my mind, Suffering looks more like this: 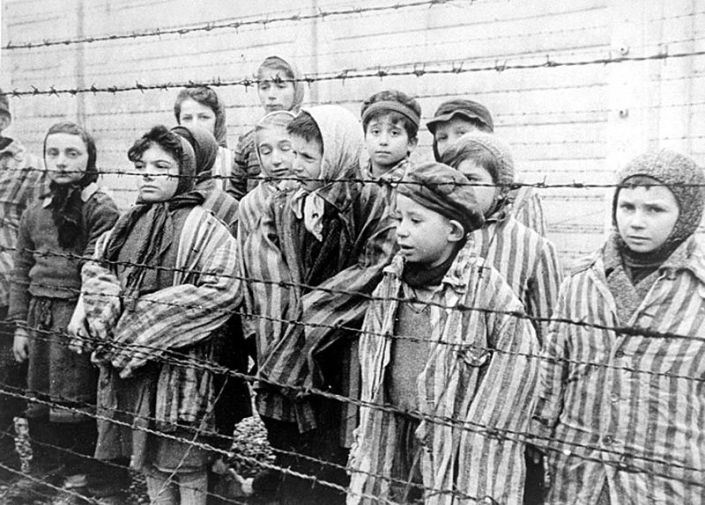 “They gave her the option of converting in order to be released but she said she will never become a Muslim,” Sharibu said. “I am very sad but I am also jubilating, too, because my daughter did not denounce Christ.”

An estimated 120,000 Uighurs are being held in Chinese political reeducation camps in Kashgar prefecture alone.

“The camps, usually located in converted government buildings and schools, are overcrowded. Officials routinely send detainees to different locations (including prisons) without telling their family members, RFA reported. In one camp, cells that once held eight people now hold 14, and detainees need to sleep on their sides in order to fit. Some have reportedly been seen walking in the camps without shoes despite below-freezing temperatures.”

“Twen is an amazing Christian woman who endured terrible beatings and torture at the hands of Eritrean prison guards. On occasions, Twen took the punishment in place of Helen and, when Helen was very ill as a result of the beatings and prison conditions, Twen cared for her. She fed Helen, washed her wounds, defended her and even carried her to the toilet when Helen was unable to walk.”

Who through faith subdued kingdoms, wrought righteousness, obtained promises, stopped the mouths of lions, Quenched the violence of fire, escaped the edge of the sword, out of weakness were made strong, waxed valiant in fight, turned to flight the armies of the aliens. Women received their dead raised to life again: and others were tortured, not accepting deliverance; that they might obtain a better resurrection: And others had trial of cruel mockings and scourgings, yea, moreover of bonds and imprisonment: They were stoned, they were sawn asunder, were tempted, were slain with the sword: they wandered about in sheepskins and goatskins; being destitute, afflicted, tormented; (Of whom the world was not worthy:) they wandered in deserts, and in mountains, and in dens and caves of the earth.
Hebrews 11:33-38

Wherefore seeing we also are compassed about with so great a cloud of witnesses, let us lay aside every weight, and the sin which doth so easily beset us, and let us run with patience the race that is set before us, Looking unto Jesus the author and finisher of our faith; who for the joy that was set before him endured the cross, despising the shame, and is set down at the right hand of the throne of God. For consider him that endured such contradiction of sinners against himself, lest ye be wearied and faint in your minds. Ye have not yet resisted unto blood, striving against sin. And ye have forgotten the exhortation which speaketh unto you as unto children, My son, despise not thou the chastening of the Lord, nor faint when thou art rebuked of him: For whom the Lord loveth he chasteneth, and scourgeth every son whom he receiveth. If ye endure chastening, God dealeth with you as with sons; for what son is he whom the father chasteneth not? Hebrews 12:1-7

Why Does God Allow Suffering? – Interview with Helen Roseveare (video)